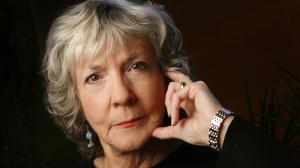 The recent death of crime queen Sue Grafton caused me – and I’m sure many other crime writers – to take pause and reflect on the influence her Alphabet series had on me, both as a reader and a writer. I first encountered her books when I was an undergraduate, poring through the tiny fiction section of the independent bookshop at my university, resolutely ignoring the chunky textbooks I should have been buying. A is for Alibi, in the UK Pan edition, was small, almost pocket sized, with tiny print; it had been out for about 4 years when I bought it, and I remember being struck more than anything by not the synopsis on the back cover, nor the stellar review quotes, but what Grafton had written in her biographical profile on the very first page:

“For months I lay in bed and plotted how to kill my ex-husband. But I knew I’d bungle it and get caught, so I wrote it in a book instead.”

Most writers are asked ‘where do you get your ideas from?’. And most readers and fans would no doubt have been struck momentarily and delightedly dumb by Grafton’s candid explanation above. But the delight for me as a writer in Grafton’s work is not the myriad of clever plots from A to Y dreamed up of death, deceit and danger, but the quality I love most about these books: Kinsey Millhone’s character and voice.

Sequential, serial novels present a huge challenge to the writer not only to keep up the quality of plotting from volume to volume, but also to show both constancy and growth in the central characters. From a creative point of view, one might argue that Grafton set herself a tall order in planning to write 26 sequential stories in Kinsey’s life. And yet we all live complex, entangled lives within five years, the same amount of time spanned by the Alphabet books up to Grafton’s last published volume, Y is for Yesterday, set in 1989. That should easily provide enough fodder for what ought, in theory, be a background narrative, not a foreground one.

And yet – and this surely says more about me as a reader than Grafton as a writer – what I remember most are Kinsey’s experiences around the cases: the ship-like interior of her garage apartment rebuilt after the bomb blast in E is for Evidence; her bowls of breakfast cereal and pappy sandwiches; her long love affair with Henry Pitts and his cinnamon buns; the quirky menu inflicted on her at Rosie’s; her case notecards; her VW; her runs in the Santa Teresa fog. For a writer, I am remarkably dimwitted about plots, happy to re-read the same book once every 12-18 months without any recollection of whodunnit, but as a writer I am equally enchanted by how memorably and powerfully Grafton encases us in Kinsey’s world.

And that is exactly why I pick them up every 12-18 months and read them all again. Thank you, Sue Grafton, for creating  a world we can so memorably inhabit with Kinsey. The stories are wonderful, the crimes clever, but the imagination made fictional reality will live with me always.

EJ Knight is the author of Broadway Murder of 1928.

One thought on “Sue Grafton: Thank you for the inspiration”